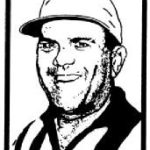 John McDonnough graduated from Stanford University and spent 10 years 1960 to 1969 as a Referee in the American Football League for its entire existence. John McDonnough is also noted as officiating the NFL vs AFL World Championships in 1970(Superbowl IV, Kansas City Chiefs vs Minnesota Vikings) as the Referee after the two leagues merged.

The John McDonnough Award was established in 1979. John was the OCFOA assignor and an NFL Referee. The Award, each year, goes to an OCFOA official that has contributed to The Orange County Football Officials Association above and beyond the normal officiating duties required for membership. This award is given to the actions and conduct on the field of play.

The qualifications for nominations are: